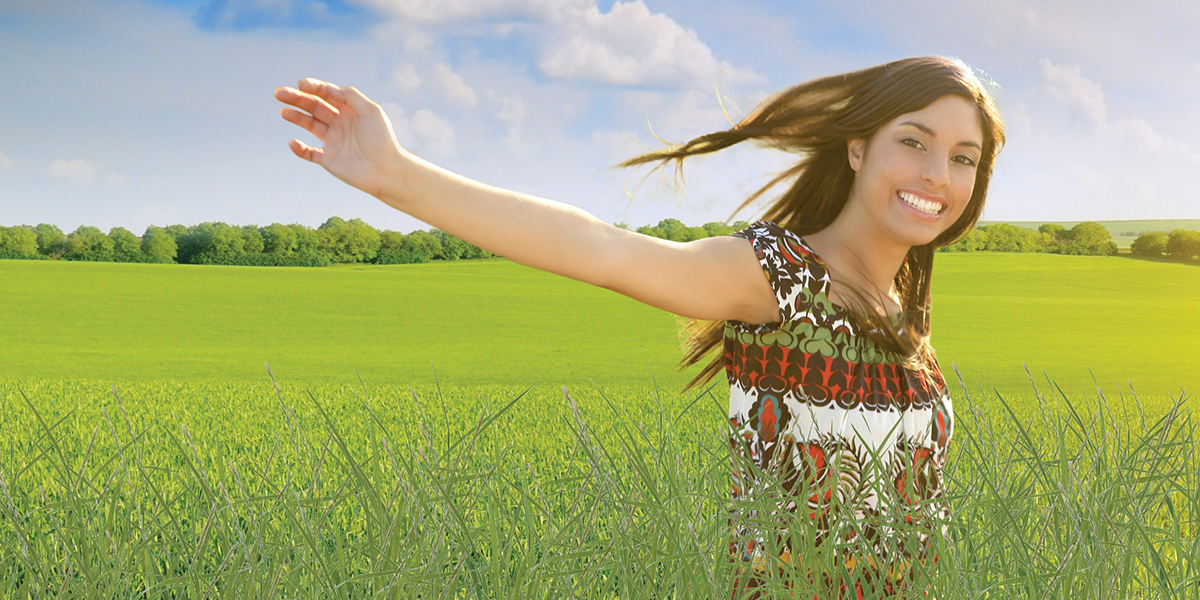 “The Lord God formed man of the dust of the ground, and breathed into his nostrils the breath of life; and man became a living being” (Genesis 2:7 NKJV).

Amazing Health Fact: In the last century, man has conquered some of the most extreme environments — exploring the deepest oceans, scaling the highest mountains, and even venturing into outer space. But one common challenge had to be overcome before any of these achievements were possible: The adventurers had to learn how to take their air with them so they could breathe.

Looking closely at the biblical creation account, you’ll notice something very unique in how God created mankind. He formed Adam with His own hands and breathed His “breath of life” into his lungs. If the “breath of life” began our existence, it stands to reason the absence of that breath can terminate it. As you’ll see, the air you breathe and how well you breathe it has a huge impact on how long you actually remain a living being: It can either be a “savour of life unto life”… or “death unto death” (2 Corinthians 2:16). Take a deep breath … and keep reading!

Why is air such a heavy subject?

Oxygen is our body’s most important physical need. Although air is composed of only about 20 percent oxygen, each inhalation brings this life-sustaining gas into the lungs. Oxygen then diffuses into the bloodstream, where it is transported all over the body via your red blood cells. It is mostly used to facilitate reactions involving the body’s main energy source: glucose. Without oxygen this energy source would be useless.

The reaction between glucose and oxygen can be compared to a burning candle. If oxygen levels are decreased enough, a candle will “go out.” In the same way, if oxygen levels get too low in your body, your “lights will go out” (lose consciousness). Just like the burning candle, your body also produces smoke as a byproduct of combustion. You cannot see this smoke, but every time you exhale, carbon dioxide and water vapor are released into the air.

How can a negative be a positive?

Health is truly improved by breathing “fresh” air. Have you ever gone for a walk after a thunderstorm or by the sea shore? Do you remember feeling invigorated? It could be because you were breathing in air rich in negative ions, which are naturally found outside where radiation is present (sunlight, forests, mountains, turbulent water, after thunderstorms, etc.).

Is there anything you can do to breathe better?

Fortunately, breathing is innate, but many people have bad breathing habits and don’t use their lungs effectively. Ideally, breathing should expand the lungs through lowering the diaphragm (a muscle separating the lungs from the abdominal organs). This can be accomplished by relaxing the abdominal muscles during inhalation. The idea is to expand your upper lung area as well as your lower lung area, resulting in increased lung function, “deeper breathing,” and a more efficient oxygen/carbon dioxide exchange. In fact, the practice of deep breathing is one of the simplest ways of preventing certain types of pneumonia.

Amazing Health Fact: Want to “up” the amount of negative ions in your home? Numerous commercial in-home ionizers are on the market. But buyer beware, some have been found to produce ozone and undesirable atmospheric free-radicals. The safest source is nature: Potted plants naturally increase oxygen and levels of negative ions while reducing carbon dioxide.

Generally speaking, the quality of outside air is far superior to the air found circulating in your home. In fact, one study suggests that indoor air can be up to five times more polluted than outdoor air — which is bad news when you consider that the average American spends 90 percent of their time indoors. Indeed, this combination of pollution exposure and duration of exposure makes indoor air quality a serious health issue.

One of the major contributors to indoor air pollution is particulate matter (tiny particles suspended in the air). High levels of particulate matter are responsible for a host of medical conditions. The simple remedy for this problem is opening windows and letting fresh air circulate through the house. But remember, short, sporadic breathing is not healthy to you or your house — so allow your home to take deep breaths! In heavily polluted …