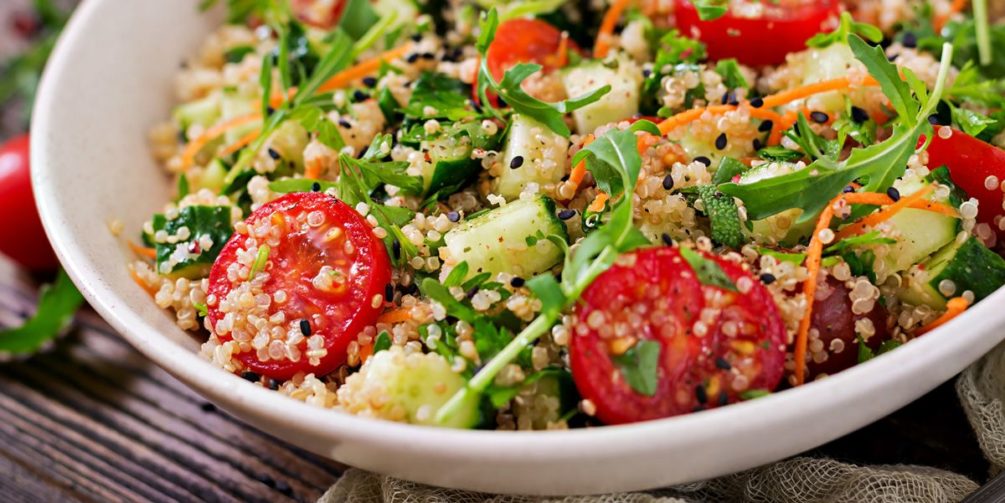 In the beginning, we ate our fruits and vegetables …

“God said, ‘See, I have given you every herb that yields seed which is on the face of all the earth, and every tree whose fruit yields seed; to you it shall be for food” (Genesis 1:29 NKJV).

Amazing Health Fact: Born in 1483, Thomas Parr is said to have lived to the incredible age of 152! If true, that means he saw 10 sovereigns on the throne of England, including the entire 50-year reign of Queen Elizabeth I.

In 1635, King Charles I invited Parr to his palace and inquired as to how the old man managed to have such a long life. Parr answered that he had lived a simple life as a farmer, eating mostly potatoes, fruit, and oatmeal.Unfortunately, “Old Parr” was not accustomed to the rich foods served at the palace. That night after dining, he became very ill — and died.

King Charles felt so terrible for having killed Britain’s oldest citizen with royal delicacies that he commanded Parr be buried in Westminster Abbey, where his grave can still be seen today.It appears that Parr was living proof of the connection between a longer, stronger life and what you eat.

What was the original diet for humanity?

According to the Bible, after Creation, Adam and Eve were instructed to eat fruits, grains, and nuts. God also instructed them to eat vegetables: “You shall eat the herb of the field” (Genesis 3:18 NKJV). These were the original God-given dietary plans for those living up to the time of the Flood.

Following the Flood, due to the global obliteration of vegetation, a total plant-based diet was impossible for Noah and his family. In order to provide a consistent food source, God allowed for the eating of meat. However, God also designated the healthiest variety of animal for consumption, referring to these as “clean.” (See Leviticus 11; Deuteronomy 14:3-21.) Of course, instead of going into the ark in pairs, clean animals went in by sevens!

Even though it was necessary at the time, meat eating apparently contributed to a tremendous decline in longevity. Before the Flood, human life spans remained steady at around 900 years (Genesis 5). After the Flood, we find that Noah’s son Shem lived to be 600. Only nine generations later, Abraham lived to be just 175. Today, the average life expectancy is just a fraction of that of our pre-Flood ancestors. But if a diet rich in fruits, vegetables, nuts, seeds, and whole grains positively affected their longevity, could a return to the original diet extend our lives today?

Amazing Health Fact: Even though God permitted the eating of meat, He warned people not to eat meat that still has its lifeblood in it (Genesis 9:4, Leviticus 3:17, 1 Samuel 14:32–34). Indeed, some tribes in Africa, like the Maasai, consume blood as part of their diet. Autopsies performed on 50 Maasai men showed extensive heart disease. Though their extremely physical lifestyle offers some protection, they still have the worst life expectancy in the modern world (45 years for women and 42 years for men).

What follows the swallows?

A proper diet starts with proper digestion. Chewing food begins this process, so be sure to chew your food well! While food is still in the mouth, an enzyme (salivary amylase) begins to break it down.

Once swallowed, food is referred to as chyme. The chyme then makes its way down the esophagus and into the stomach, where stomach acid continues the complex chemical digestive process.

After this is complete, chyme passes into the small intestine, where a different enzyme breaks down carbohydrates. Bile is also secreted from the gallbladder to help digest fats, and the pancreas adds enzymes to further break it down too. The small intestine absorbs most of the nutrients as the chyme passes into the large intestine. At this point, digestion is mostly complete … and, well, you know the rest of the story.

An Amazing Health Fact: The digestion process starts before you eat. It begins when you smell something irresistible or when you see a favorite food. The entire process of digestion will continue for the next 29 hours or so.

What do you need to know about nutrition? The five basic components of food are carbohydrates, proteins, fats, vitamins, and minerals.

Carbohydrates are sources of starches, sugars, and fiber. Starch and sugar are converted into glucose, which is the body’s main fuel. Fiber, found primarily in plant foods, acts as a bulking agent that helps keep the intestines clean.

Proteins are broken down by the body and converted into amino acids, which are the building blocks for hormones, enzymes, and structural components of the body, such as muscle tissue.

Fats are the most concentrated form of energy, supplying over twice as many calories per gram than protein or carbohydrates. It can also be efficiently stored for later use. The three natural types of fats are monounsaturated, polyunsaturated, and saturated. The unsaturated fats are by far the healthiest form, especially when it comes from plant sources. Diets rich in refined saturated fats have been linked with numerous diseases.

Vitamins and minerals are essential components of our diet. Whole foods, which have been refined as little as possible, naturally contain the highest amount of these nutrients. Phytochemicals, found only in plants, are added bonuses thought to play a role in the prevention of many diseases.

Don’t you need some cholesterol in your diet? Cholesterol comes packaged in different ways. High density lipoprotein (HDL) is the healthy form of cholesterol and actually helps to remove bad cholesterol from the body, returning it to the liver for recycling. Here’s a simple way to remember the good and bad of cholesterol: HDL is “healthy,” LDL is “lousy,” and VLDL is “very lousy.”

Cholesterol is found only in meat and animal products, such as milk and eggs. However, newborn babies are the only humans who actually need a dietary source of cholesterol — which ideally comes …