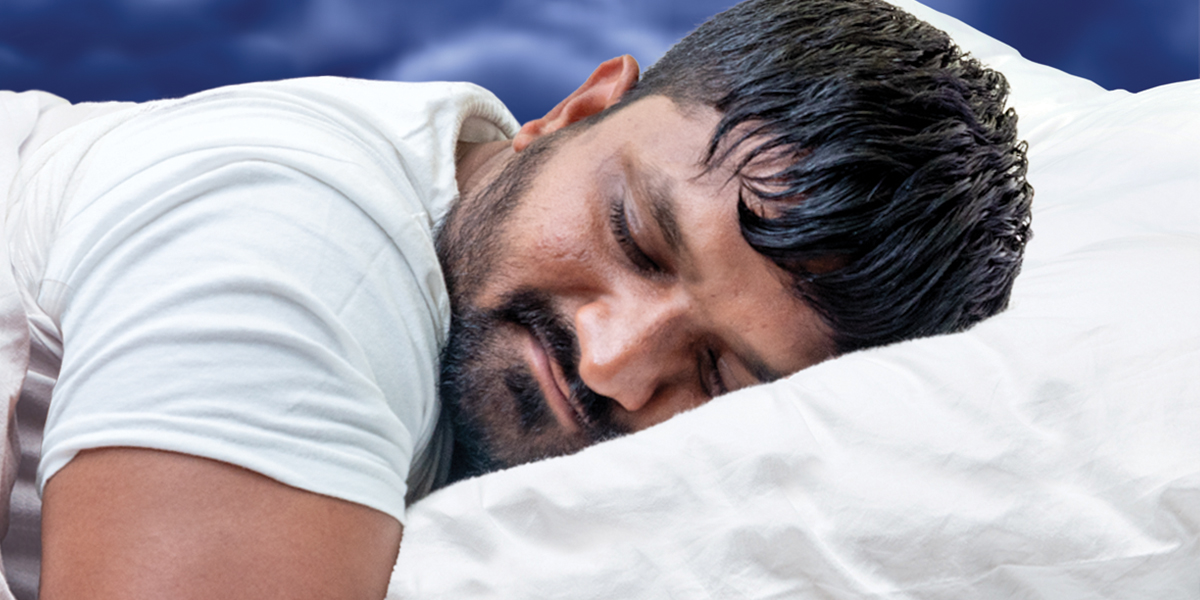 “The Lord God caused a deep sleep to fall on Adam, and he slept; and He took one of his ribs, and closed up the flesh in its place. Then the rib which the Lord God had taken from man He made into a woman, and He brought her to the man” (Genesis 2:21, 22 NKJV).

Amazing Health Fact: Did you know that just one hour of sleep deprivation increases the number of highway accidents by eight percent — but that an hour of extra sleep decreases them by eight percent? It’s true! It happens every year when daylight saving time changes.

This is because driving effectiveness after you’ve been awake for 18 hours is about the same as driving after you have had two alcoholic drinks. (One drink = 5 ounces of wine.) When you have been awake for 24 hours, your driving effectiveness is the equivalent of driving under the influence of four to six drinks! Optimum performance comes with eight hours of restful sleep.

We find that the first reference to sleep in the Bible is of a deep and creative sleep. When Adam awoke, he was refreshed, revived … and married. A whole new life and, ultimately, the future of humanity can be traced back to that first nap. The reality was that even in a perfect world, God designed that a person would need to rest and that night was the optimum time to sleep. “He came to a certain place and stayed there all night, because the sun had set. … And he lay down in that place to sleep” (Genesis 28:11 NKJV).

Could it be that we need to be reminded of the importance of restful sleep, especially in this imperfect, always-on-the-go world?

Amazing Health Fact: A new baby sleeps as much as 16 hours a day. But that same baby could cause up to 700 hours of lost sleep for the parents in the first year!

What’s the trouble with troubled sleep?

An estimated 60 million Americans have trouble sleeping. Today, because of artificial lights, TV, the internet, and the caffeine craze, people are sleeping about one hour less than their great-grandparents did. This figure might not be startling in itself — but considering that proper sleep is one of the most important elements in the process of healing, America is also in for a disease-ridden wake-up call.

Sleep is an activity.

Sleep is much more than just a passive experience for your body. Although we might be resting, our body is engaged in another type of activity, a process that will bring restoration and healing to frazzled organs, nerves, and body tissues. Sleep is characterized by a cycle of five increasingly deeper stages of sleep followed by periods of increased brain activity:

Stage 1: If you have ever driven a car while drowsy, you are well acquainted with this stage of very light sleep. The startle that often awakes drowsy drivers is an indication of having briefly entered this stage.

Stages 2, 3, and 4: In these stages, brain activity decreases (but does not stop); deep sleep begins and delta waves begin and intensify.

Stage 5: This sleep is characterized by rapid eye movement (REM), dreaming, arm and leg paralysis (so we don’t act out our dreams), and increased heart rate and blood pressure. The brainwave pattern during REM is close to that of being awake.

It is theorized that REM is a period of information processing, storing, and the improvement of brain efficiency.

What role does melatonin play in sleep?

Melatonin is a hormone produced by the pineal gland in response to darkness. One of the most notable functions of this hormone is its antioxidant capabilities, providing protection from dangerous free radicals inside the cell. This helps to prevent damage to the cell’s most vital component: DNA. Damage to DNA has been linked to a host of diseases, such as cancer.

Amazing Health Fact: The hormone adenosine induces relaxation to help us sleep, but caffeine blocks the communication between adenosine and the brain, keeping you “awake” and shutting off the body’s defense against exhaustion-related injury.