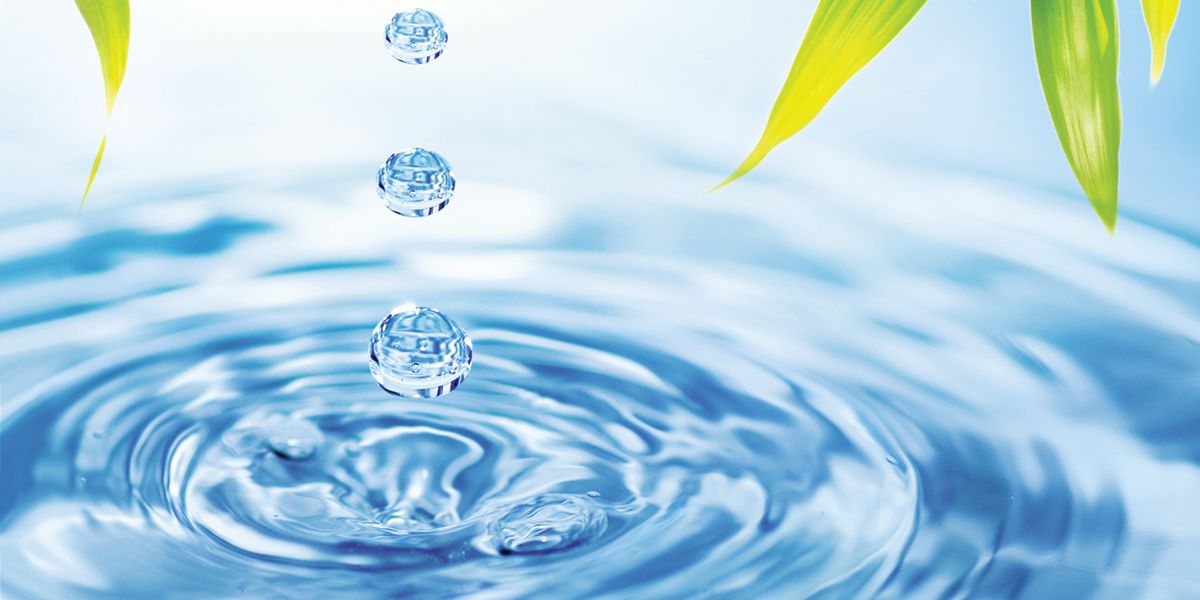 “Now a river went out of Eden to water the garden, and from there it parted and became four riverheads” (Genesis 2:10 NKJV).

Amazing Health Fact: About 100 years ago, a pile of bones was found on a sand dune in Saudi Arabia. Evidently, a man had died while lost in the desert. In one of the pockets of his tattered clothes was a scribbled note that read, “Dying of thirst. I cannot go on any longer.” The lost soul had apparently assembled a small makeshift shelter there and, without water, sat down to die. Tragically, his remains were found right across a sand dune from a lush oasis — dying from thirst only a few hundred yards from artesian springs.

In a similar way today, millions are slowly dying from dehydration while surrounded by the most important, basic, and abundant substance on earth: water!

Did God Plan Ahead?

“The Lord God had not caused it to rain on the earth, and there was no man to till the ground; but a mist went up from the earth and watered the whole face of the ground. And the Lord God formed man of the dust of the ground (Genesis 2:5–7 NKJV).

The Bible records that even before plants, animals, or mankind ever experienced thirst, God had already supplied their need by creating plenty of water. Could it be possible that God’s prescription for thirst is still valid today? Let’s reexamine the vital life-giving properties of water, a substance we often take for granted …

How much water do our bodies contain?

Water is found everywhere in our body, from the aorta (the largest blood vessel in our body) to the zygoma (a bone in the skull). Our bodies consist of more than 60 percent water by weight. Plus, certain tissues and organs have even higher concentrations of water. The brain is about 70 percent water, and the lungs contain even more: up to 90 percent!

We not only use water to clean the outside of our bodies, but the inside as well. Even on the microscopic level, water is a cleansing agent and referred to as the “universal solvent.” Many compounds can be dissolved in water and thus put into solution. Blood, for example, is approximately 83 percent water. The remaining percent consists of blood cells, nutrients, hormones, etc.

Without adequate water, our blood would become concentrated. To give you a picture of what would happen: Imagine washing dishes with concentrated orange juice mix. You’d have a very sticky situation!

What happens to our bodies when we don’t have enough water?

Our bodies have an intricate defense mechanism to protect vital organs from periods of inadequate water. The body takes water from less vital areas (skin, joints, bones, etc.) and gives it to the brain, heart, and other organs.

Unfortunately, many people live their entire lives in this partially dehydrated condition — resulting in premature aging, stress on kidneys, arthritis, and a host of other health problems.

How much water do we really need?

It is important to drink water regularly and consistently, even long before you feel thirsty.

The following recommendations, from the World Health Organization (WHO), are for daily water intake under normal environmental conditions:

On average, 4 percent of the body’s water is lost per day. Water is lost through urine, bowel movements, sweating, and breathing. Of course, copious sweating and breathing from exercise will necessitate additional water intake slightly above these recommendations.

Why can’t we just drink water when we’re thirsty?

Do you wait to drink water until you feel thirsty? According to experts, you are probably suffering from dehydration (too little water) long before your brain tells you to drink something.

What are some of the early symptoms of dehydration?

Mild dehydration is a 1 to 3 percent reduction in body weight as a result of fluid loss and can cause:

Amazing Health Fact: Simple filtration, reverse osmosis, and steam distillation are some of the methods commercial water suppliers use to purify water. Some also add minerals to improve taste. One way to improve the taste of your drinking water is to add a squeeze of fresh lemon or lime juice.

Can dehydration be more serious?

Absolutely. If unchecked, dehydration can lead to a worsening of these symptoms and can progress to heat exhaustion, characterized by nausea and vomiting, which will in turn …